Search for egg donors with frozen eggs available for immediate use 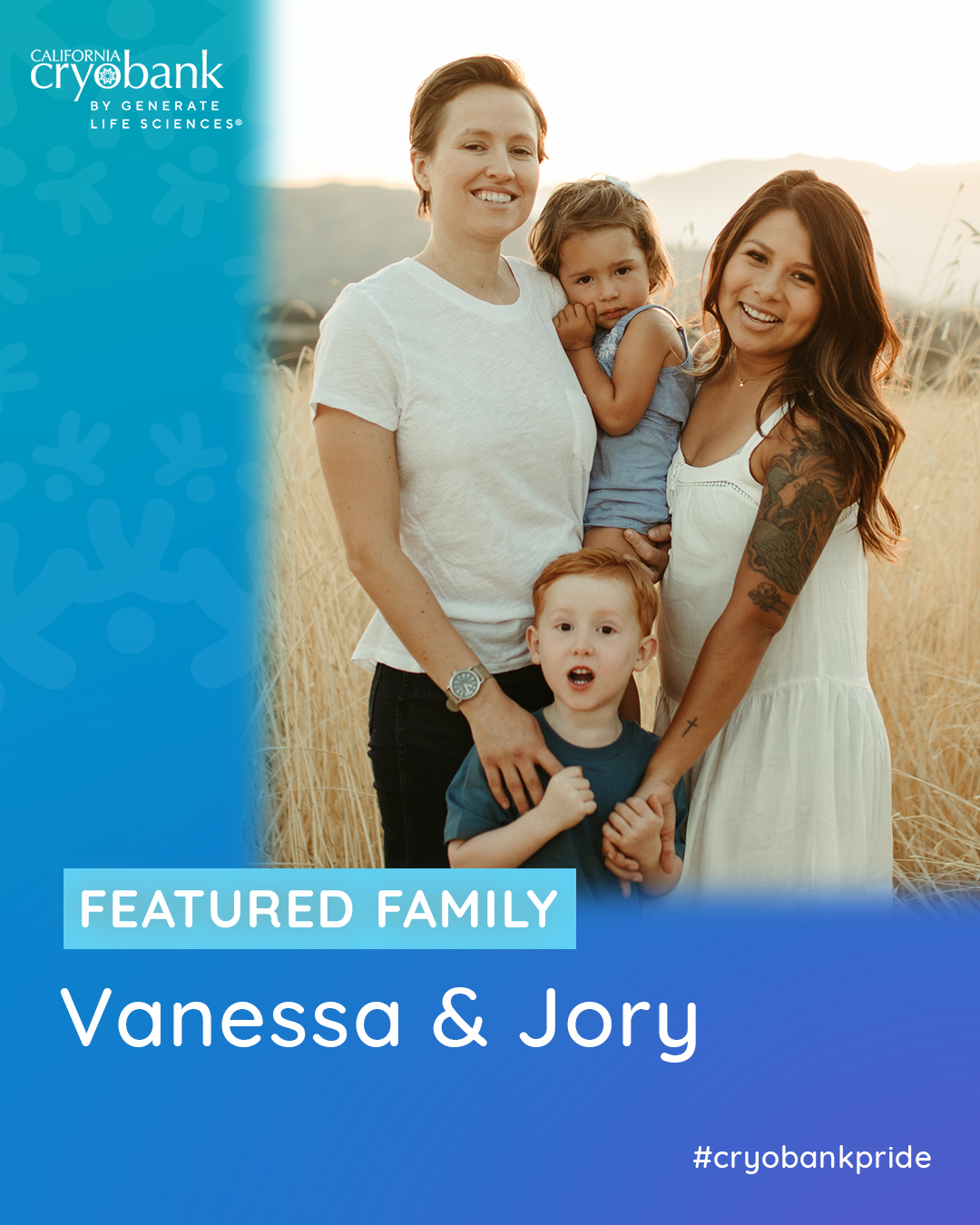 Q: How did you and your partner meet?
A: We met in college. Vanessa was a Biology major, and Jory was minoring in it, so we had a class together. On the first day of class Vanessa got to the classroom early (to get a good seat). She sat in the second row. Jory walks in, looking so cool that Vanessa noticed her right away. Jory sat directly in front of her. Vanessa looked forward to this class every week because she would get to see Jory. Jory didn’t even know Vanessa was in the class until months later. One day we were finally introduced by a mutual friend, Jory finally noticed, and the rest is history!

Q: How did the topic and conversation of kids/family come up?
A: We started talking about having children before we got married. Jory originally never imagined herself as a mom, especially after meeting me, but only because she didn’t think it would be possible to have children. We tried to get pregnant twice before getting married and they both failed. Ultimately, we decided it would be best to wait until we were married to better protect our rights as parents, so we put off trying again until after we were married. We got married on October 10th, we inseminated on the 14th and we found out we were pregnant with axel on October 31st.

Q: Have you spoken with your kiddos about being donor conceived?
A: Not directly, we have talked to them about how babies are made. The science behind it. They know that they have two moms and that we used sperm to make them. However, we are not sure that they have connected the dots yet.

Q: What would you like people to know about your path to parenthood?
A: Our path to parenthood is unique in the sense that we conceived using a known donor and did at-home insemination. Because of what our donor did for us, Vanessa was surrogate for a family also experiencing fertility issues.